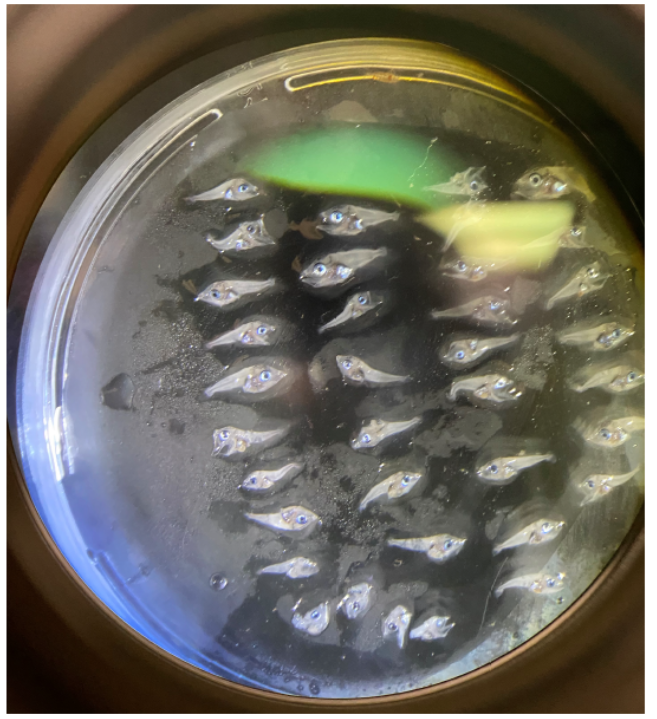 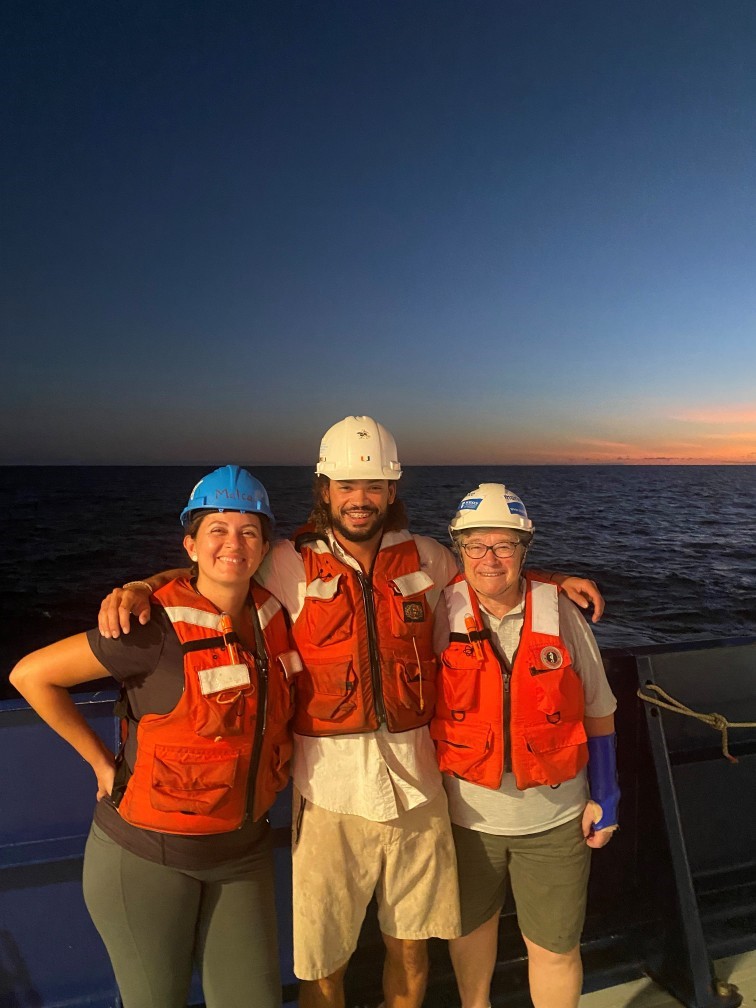 My name is Alejandro Jivanjee, I’m a Masters student at the University of Miami in Marine Biology and Ecology. I have had the great privilege of working closely with Estrella Malca for the last year for an internship supported by Cooperative Institute for Marine and Atmospheric Studies (CIMAS). I have learned a great amount in my short time under her wing in early life history techniques including otolith processing, image analysis, aging and logistical support for research surveys. I learned to identify larval fish (ichthyoplankton), in particular tunas (Scombridae) and other pelagic predators during the 2nd International Indian Ocean Expedition (BLOOFINZ-IO).

Our expedition faced a few bumps along the road, having tested positive for COVID-19 before our departure, brought about much uncertainty and worry for what lied ahead. Luckily me and other scientist on board were given the chance to rest and continue our voyage. 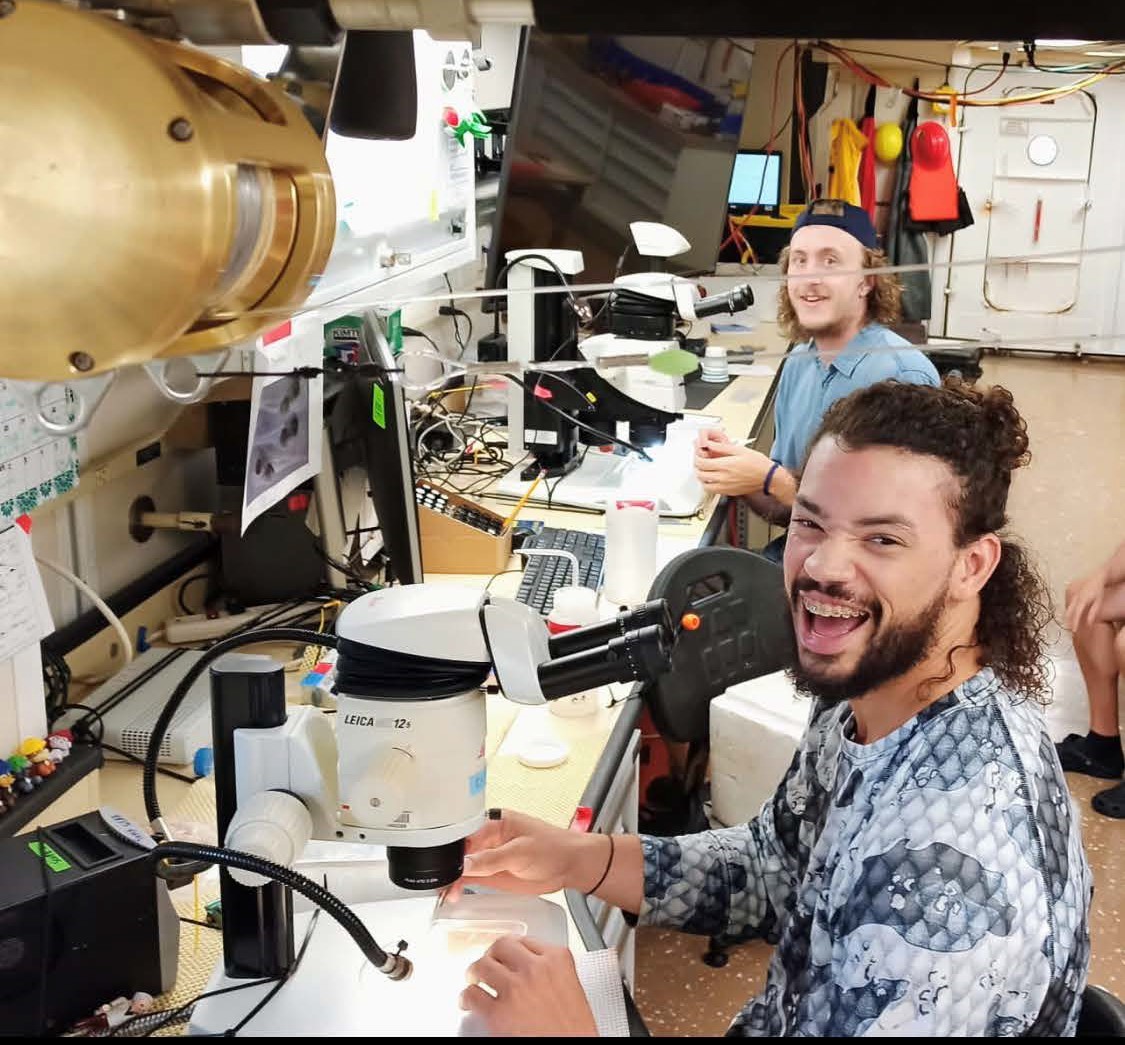 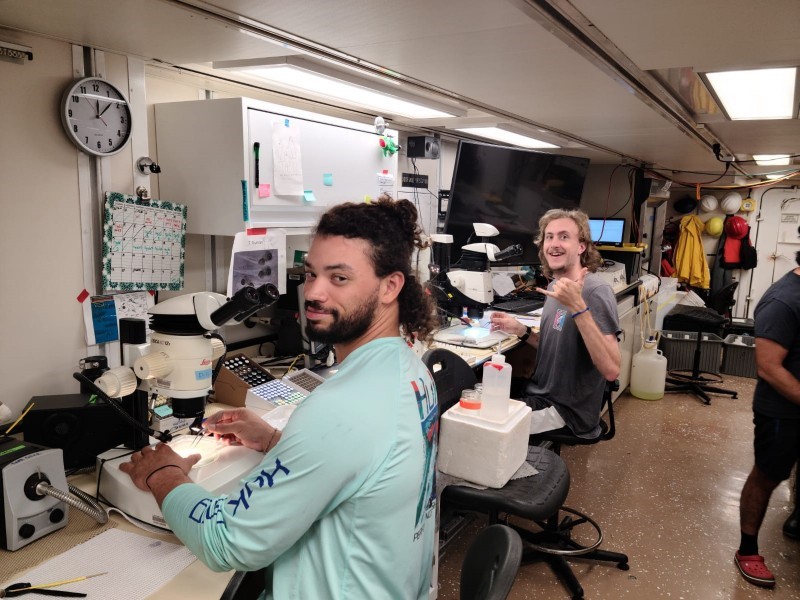 When I first boarded the Roger Revelle, I had no prior experience in identifying any Scombridae larvae other than from images and various publications. The Tuna team was sure to change that and got me started right away by teaching me proper techniques for Scombridae and other pelagic predators’ identification. 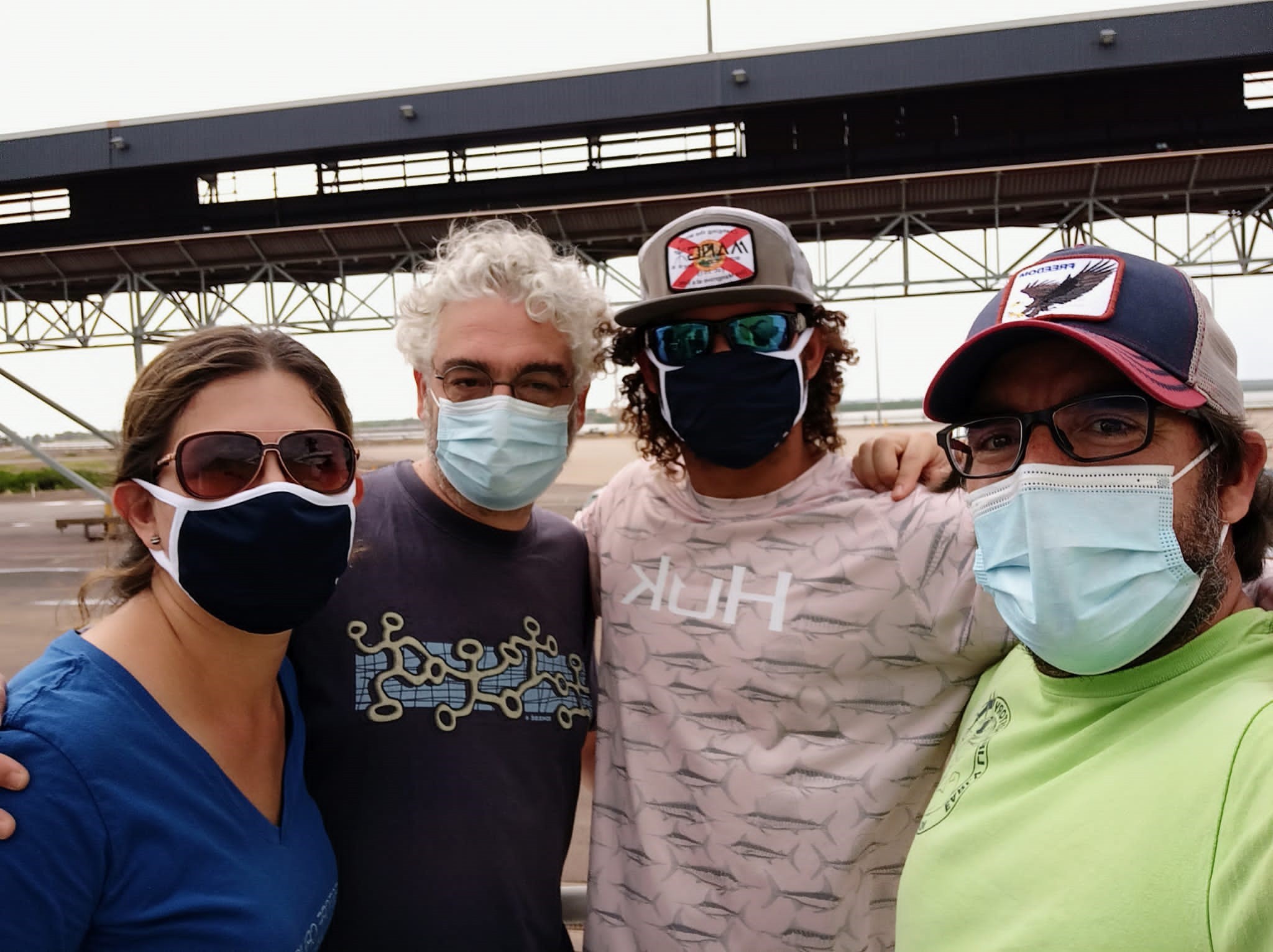 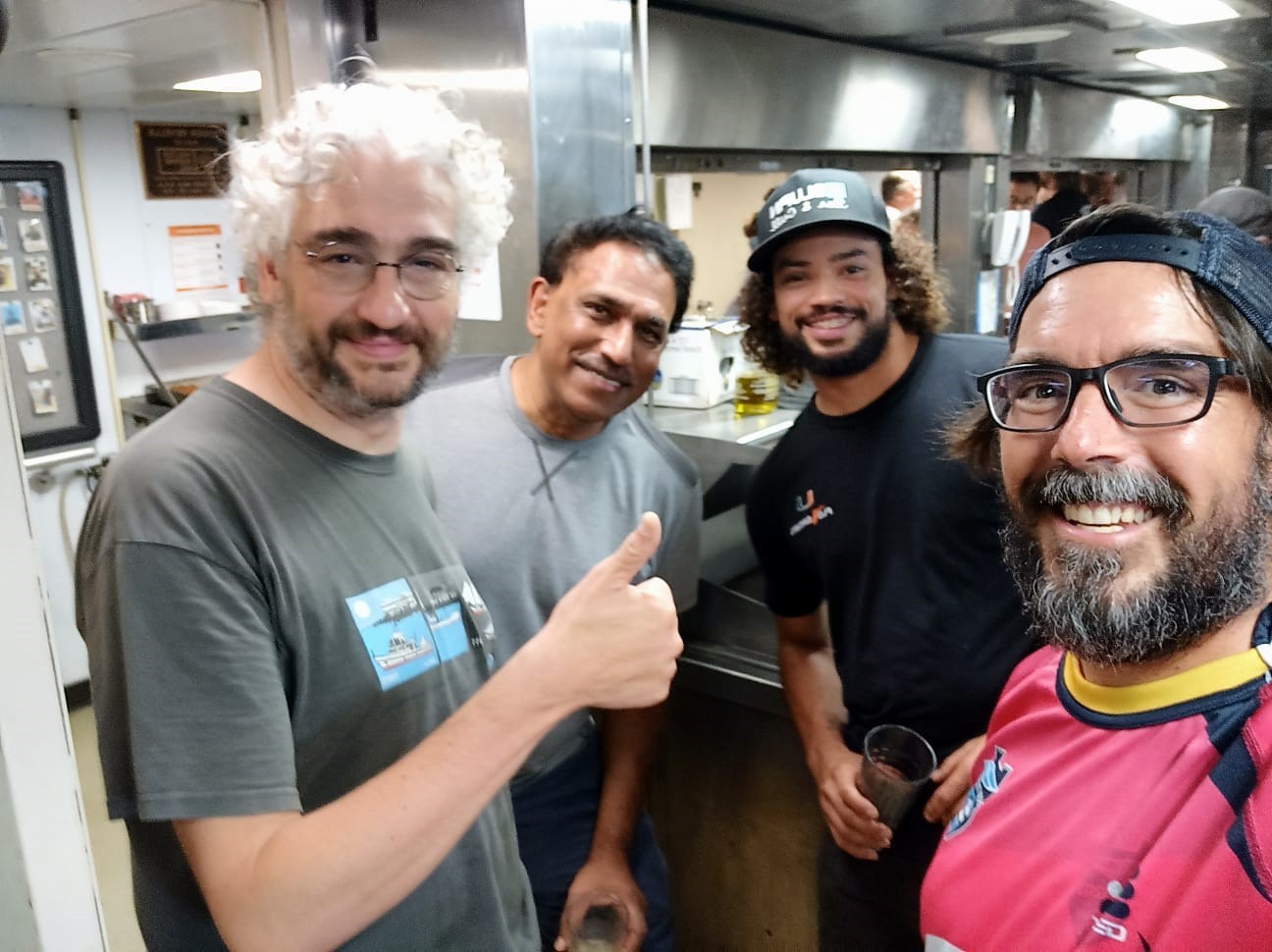 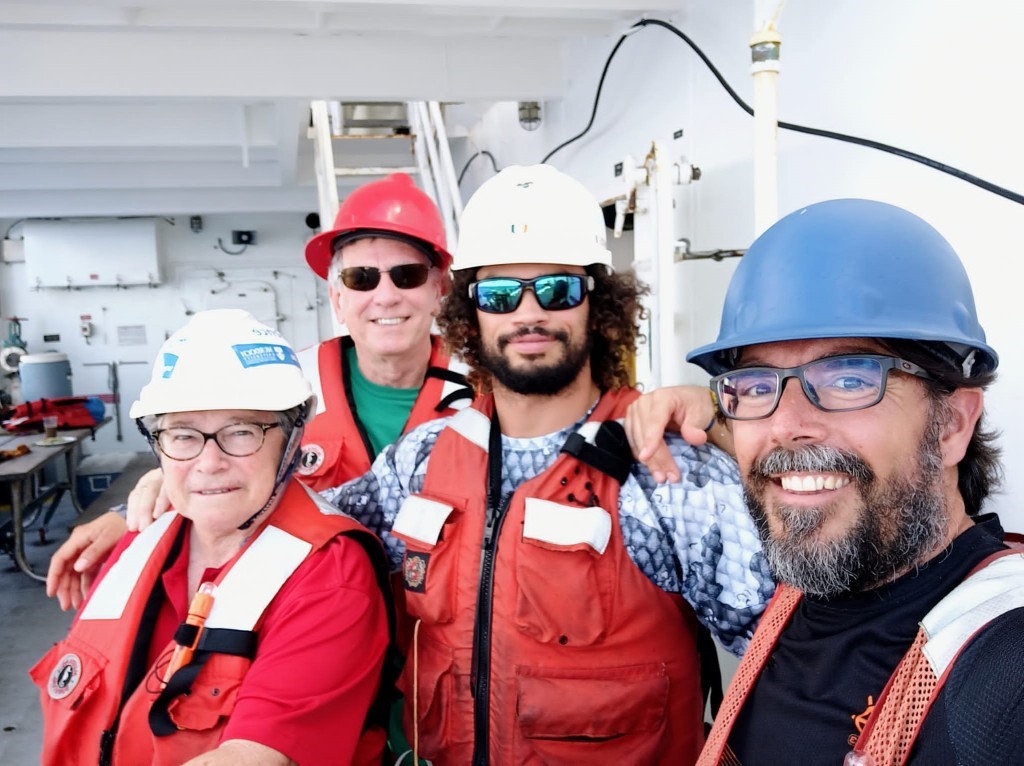 Being on this voyage has also given me the opportunity to work closely with scientists from the Spanish Institute of Oceanography (IEO-CSIC) from Malaga, Spain. Dr. Raul Laiz Carrión and Dr. José M. Quintanilla have contributed significantly to my abilities at sea and have shared some of their experiences and works which have helped broaden my knowledge of the early life history of tuna. I have also had the privilege of meeting Dr. Lynnath Beckley from the University of Murdoch and her student Luke Matisons who were the final and vital pieces to the Tuna Team. I am very grateful to be apart of such a great opportunity and meet such influential scientist during my time at sea. I hope to build upon my new experiences and friendships. 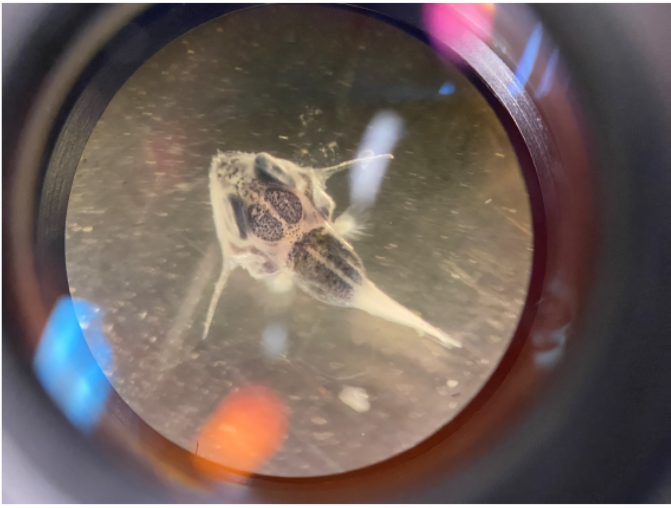