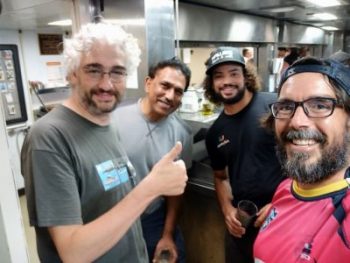 I often brag about sailing on several research cruises and in several oceans. I take pride in calling myself a “veteran” of the seas, a distinction that affords one the confidence of being able to work effortlessly on board any research vessel, however challenging the circumstances are. My last cruise was along the east coast of USA, and it ended in late summer of 2019, which I thought gave me enough time to prepare for my May 2020 cruise to the Seychelles Chagos Thermocline Ridge in the Indian Ocean. But fate dealt several oceanographers a hard hand, as several sea going research programs began suffering delays, and in some cases, cancellations because of Covid. After waiting for 18 months with no end in sight to the uncertainty ahead, an opportunity arose that allowed me to join the BLOOFINZ cruise in the Eastern Equatorial Region led by Mike Landry. The cruise which was set for departure from Guam on the 10th of January 2022 required us to arrive in Guam at least a week to meet the mandated 7-day pre-cruise quarantine. 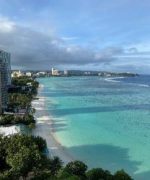 Armed with the two vaccine shots, plus a booster in Nov. 2021, followed by several Covid tests in the New Year to back my virus-free status, I departed for Guam. Like the others, I had no time to dispose of my Christmas tree, but armed with a stash of KN95 masks I was excited that I was going to finally accomplish what NSF had funded me for, 2 years ago. It didn’t take long for all that excitement to evaporate as midway through the period of self-isolation, while staring at the beautiful Tumon Bay from my hotel window, the results of the PCR tests in Guam came in, with the bad news that I had tested positive. It took absolutely no time for that the entire mountain of veteran’s confidence that I had developed over the years to erode, and thoughts kept rushing through my mind, that I might have exposed the entire research team to the virus and caused the premature termination of the BLOOFINZ cruise that took almost 2 years to finally come to fruition. 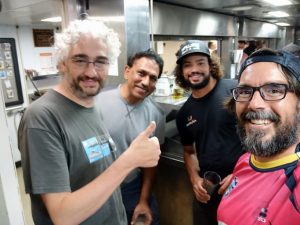 Within a day, I (along with three others who also picked the bug enroute to Guam), were whisked by the National Guard from our hotels to a well-run quarantine facility, where we awaited the virus to take over control of our bodies and dent our health and mental state with sore throats, coughs and high body temperatures. Fortunately, the vaccines and the booster shots helped, as all four of us were spared the ills that accompany the virus. By the 5th day we were cleared and deemed fit to sail. When I was picked up at my hotel early on the 20th of Jan, I left the place with mixed feelings, excited that I was going to finally join the ship, but worried about the possibility that the virus was still lurking deep in my body and that I would be placing the entire cruise at risk. 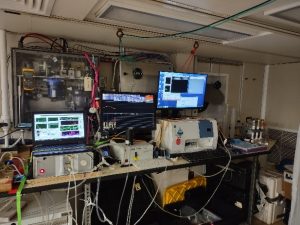 The Flow-through set up

The wait at the Navy dock in Guam, while we awaited the ferry to take us to the R/V Roger Revelle that was in outer anchorage, was when I was met the other casualties of Covid for the first time.  It was their positive and upbeat attitude during the little time that we spent together before we headed out to the R/V Roger Revelle that helped me beat down some of my fears about joining the cruise. Over the next three days, the four of us bonded like melting jelly beans – we called ourselves the “Covid-Brothers” and took comfort in the fact that after the cruises it would be easier for us to let our masks down.  On board, however, we had to make up for lost time, and set up our equipment as soon as we could before the ship sailed. It took me a few days to do so. I was able to establish myself in a quiet corner of the aft Hydrolab and once I was able to rid my instruments of some unanticipated problems, and the data began to flow, it was the positive atmosphere on board, the jovial company and the great food that we were served each and every day, that all helped to restore the “veteran’s confidence’ that I thought I had lost. 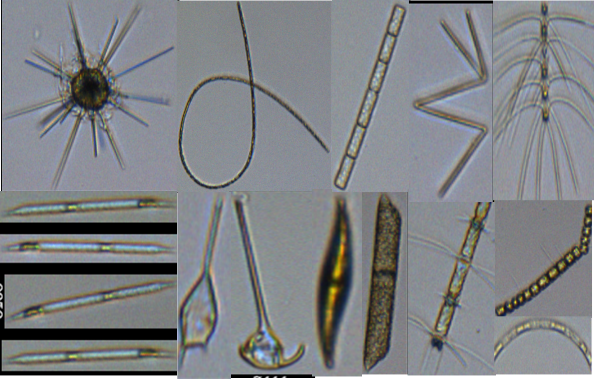 A sampling of phytoplankton in the Eastern Indian Ocean

Its past a month and half now out at sea. We have covered a lot of ground in this poorly sampled, oligotrophic, and biodiversity-poor swath of the Indian Ocean, where bluefin tuna astonishingly abound. Hopefully the wealth of experimental and observational data that we collected will provide us with some clues to solve the lingering mystery as to why adult bluefin tuna choose low productive and prey-poor waters to lay their eggs and rear their larvae.

In a few days from now, we will be flying home with reams of data and a ton of samples. I take mine to my home institute Lamont Doherty Earth Observatory at Columbia University in New York, where I serve as a Lamont Research Professor in the Division of Marine Biology and Paleocology. I will spend the next few months piecing all of the data together. Time will tell whether it will be enough to stitch my story about the enigmatic presence of blue fin tuna larvae in these extremely oligotrophic waters of the Eastern Equatorial Indian Ocean.