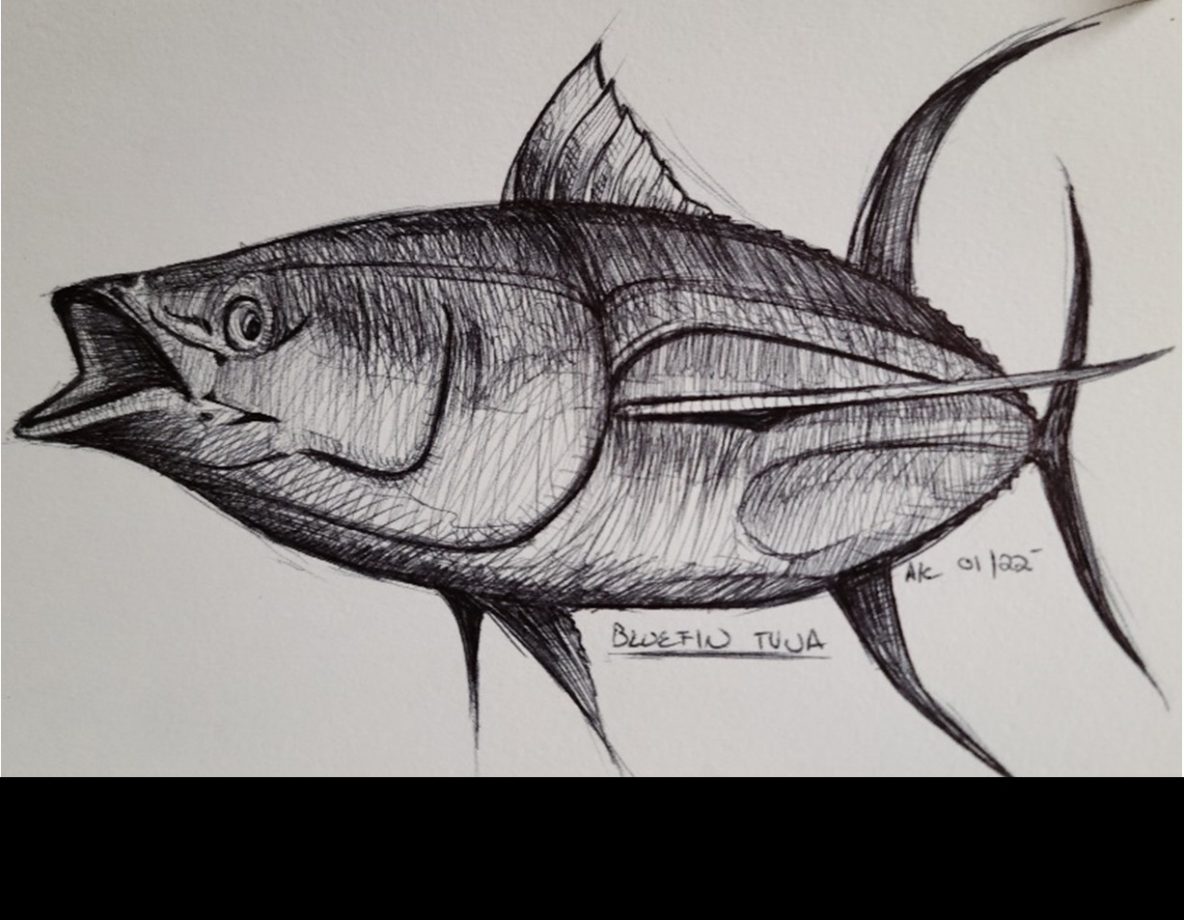 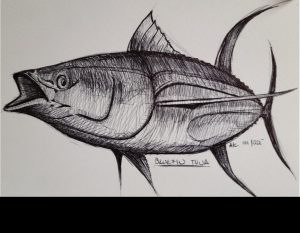 Why is tuna research important? Although southern bluefin tuna (SBT) are certainly prized in the culinary world, they are also vastly valued in the commercial industry. Unfortunately, as a result, SBT are over exploited – and have been for decades, which means that the levels at which these tunas were fished were not sustainable long-term. Managing bluefin tuna stocks is very challenging because bluefin tunas are highly migratory species that are capable of transoceanic journeys. They are voracious top predators, and form part of the food web in an influential manner. As such, they are built for speed, can tolerate a large range of temperatures and swim across international boundaries and in/out of exclusive economic zones (EEZ). In addition to being some of the fastest fish species in the world, they are unique because bluefin tunas migrate out of rich hunting and feeding grounds to reproduce during the summer months to oligotrophic environments. In the Southern Hemisphere, summer starts in December and lasts through February. Adult SBT leave their highly productive feeding grounds in the southern Pacific, Atlantic and Indian Oceans to the only known location they have been known to reproduce, our study area NW of Australia and south of Indonesia! However, very little is known about this larval nursery and we are the first biological oceanography survey to study this area for 35 years! 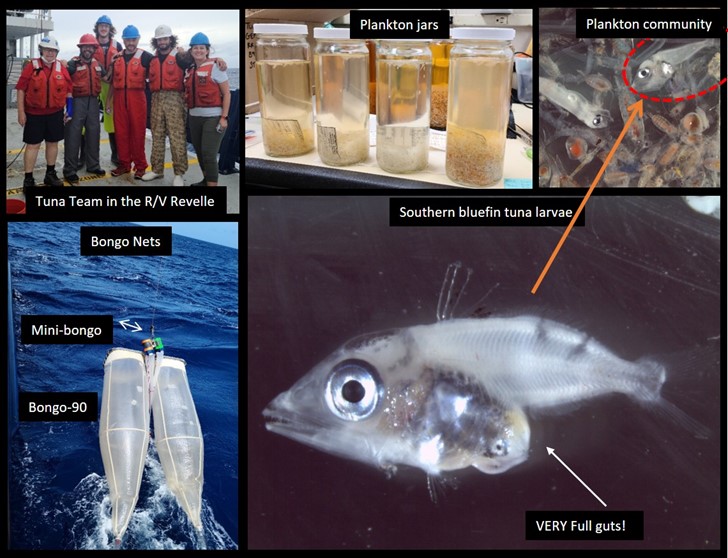 In the past couple of months, the “Tuna-team” was on the hunt for larval SBT during the aboard the R/V Roger Revelle during the peak of the reproductive season in the remote and very seldom studied Indian Ocean (IO). In this particular journey, “The Tuna Team” was made up of 6 scientists with a combination of senior larval fish taxonomists, and experts in tuna growth and trophodynamics. We also had two students that were soon trained to identify tuna like the best of them. For our tuna ‘hunts’ our tools were plankton nets, oceanographic and habitat models that use daily satellite data to find favorable conditions to first find and then track patches of SBT larvae in the IO. We found our first patch of SBT larvae by sampling the surface (~25 m) water column along a transect of prospective nursery areas. Once our nets were recovered and safely back on board, we quickly examined the plankton under the microscope, one spoon at a time, and swiftly while consulting with taxonomic keys and using our tuna senses, we positively identified potential tunas as SBT. This marked the beginning of the Lagrangian experiments that the BLOOFINZ project relies on to examine the trophodynamics and nitrogen fluxes of the ecosystem. A satellite-tracked buoy was deployed at the closest coordinates to our tuna catch and meanwhile several teams prepared to begin the cycle activities. Once in an experiment termed “cycles,” the tuna team’s daily routine consisted of sampling close (~500 m) to the satellite-tracked drifter array for ~4 days around the clock as we towed our Bongo nets at least every 4 hours. Each cycle was packed with nonstop action sampling the water column, the surface planktonic community and measuring more variables than we can explain in a short blog post! When we finally return to the lab, we will examine the hundreds of tuna larvae we successfully collected and will determine their age, their stomach contents, their isotopic signatures, their prey and hungry predators as well as potential competitors we encountered while sampling (other tunas, barracudas, sailfish, mahi-mahi, and other voracious predatory larvae). 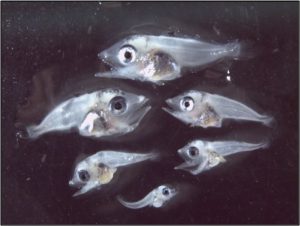 Fortunately, there has been a regional effort to recover SBT and they are no longer listed as critically endangered. In 2021 , they were listed as “endangered” according to the IUCN.  There is clearly a long road ahead to recover this species, and research like ours helps to understand the most vulnerable life stage: the early life stage! It lasts weeks, but claims 99% to natural mortality. On behalf of Tuna team, I want to express our enthusiasm and excitement to have participated in this historic journey in a “new” ship (R/V Roger Revelle) in a “new” oligotrophic ocean and to apply our extensive bluefin tuna expertise. Keep on swimming like the bluefin tuna!