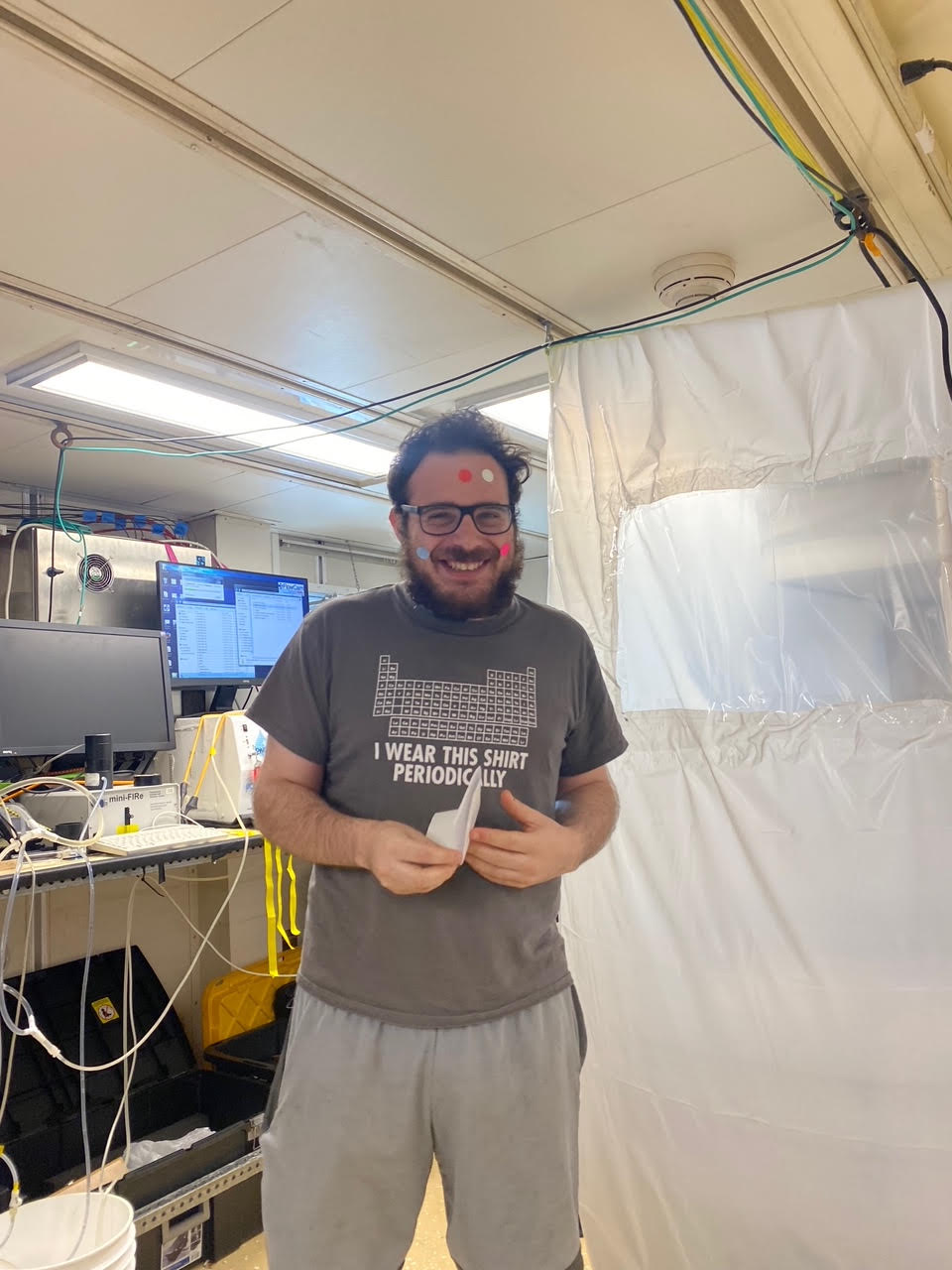 From FSU to the India ocean, I Jared Rose am here to measure the N2 fixation within the Argo Basin. All biological life requires nitrogen in order survive but unfortunately for the organisms that live here the region is oligotrophic which means there is very little of nutrients available to them. These nutrients are typically nitrate (NO3) and ammonium (NH4+) which are fixed into biomass by primary producers and eventually make their way up the food web. However, since there is very little of these nutrients available in the water it means that biology in the region has very little to grow on. Fortunately, just like the crew of the Roger Revelle, organisms can adapt to their environment in order to face hardship and thrive. These organisms have developed a way to use the atmospheric nitrogen (N2) which is plentiful but is much harder to use as a nitrogen source compared to nitrate and ammonium. To put this in simple terms, think of nitrate and ammonium as three rubber bands on four pegs with each rubber band connected to the same peg and to a peg by itself. If you were to try to bend a rubber band connected like this it would pretty easy to do. Now imagine nitrogen gas as three rubber bands tightly bound to two pegs so that they overlap with each other. This would be much harder to bend compared to one single band right. In this metaphor, the ability to bend the rubber band is the reactivity of the molecule with nitrate and ammonia being much more reactive compared to nitrogen gas. Despite this, these organisms can readily react nitrogen gas and use it to survive when there are basically no other nitrogen sources available to them! Understanding the ability of biology to fix nitrogen can help us understand the base of the food web in the Argo basin and how nitrogen fixers can help to eventually provide the biomass needed to work its way up to feed the larval tuna we are so interested in! With my advisor Dr. Sven Kranz we set off to quantify nitrogen fixation using isotopes. Here we put 15N gas into bottles containing water from different depths and incubate them over the day. We can them determine the amount of 15N incorporated into the biomass and from there quantify how much nitrogen was fixed in that bottle.

Over the course of the experiment things have not always gone right. I was the one on the console at the time the CTD went for its permanent soak. I’ve potentially removed the wrong things from filters, popped gas bags, and failed to correctly close gas samples so that all the gas leaked out. Despite this I’m still here ready to work and learn the best I know how. If there is a lesson I’ve learned from this cruise it is that things do not always work out the way you planned no matter how much thought went into things. Even though this may be the case, we scientists push through adversity, adapt, and continue along just like the N2 fixers we study. The only thing that really bums me out about this cruise is that I won’t have the opportunity to use all the information that I learned from what went wrong and from my mistakes sooner. I am going to miss the crew and the time I spent on the Roger R/V Revelle despite all the mishaps. Even though this was a possibly disastrous showing for my first real scientific cruise I am excited to have the opportunity to go on more. Afterall, I dare to ask the question with all the trouble we faced on this cruise “What else could go wrong!”.